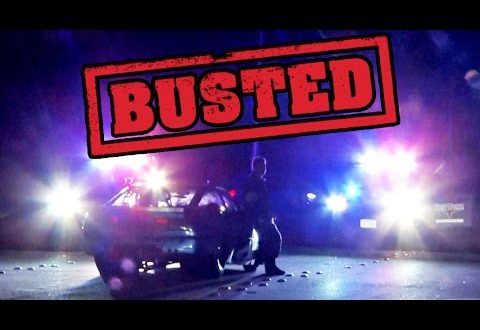 BIRD BOYZ vs BLACK BIRD VEGA for $15,500 (80/20 split) in the final for the biggest cash days EVER… and it does not go as planned. In the semi-final Daddy Dave had a mechanical failure and oiled down the right two lanes of the road, with the clock ticking and the sun coming up at 5:00am, it was decided to race the opposite way on VIRGIN concrete and block traffic at the end… Getting busted street racing is definitely not something you want on your rap sheet, but unfortunately for this particular racer, he heads straight into a trap! Making a hit down a dark road in Texas, this race doesn’t end the way these two racers want…especially being the final race of the night battling for over $15,000! On Street Outlaws, the police force isn’t exactly….real. However, on this particular night, all bets are off as these racers roll their race cars out of their trailers in a true fashion street race, just like the days before the show! Cash Days is the name of the game, and with 31 badass cars lining up for a shot at a big pot of money, these guys hold back for nothing! The Procharged Vega and Nitrous BIG Block Probe both make a seriously fast pass when all of the sudden…police appear out of nowhere!
————————————————————————————————————
Watch more of our recent & related videos!:
— LUCKIEST $1000 Grudge Race Win Ever!:
— NO ROTOR RX7 – 2,200HP Street Monster!:
— FORD Powered Rat Rod Mercury COMET!:
————————————————————————————————————
1320Video provides the BEST street car videos from around the world! Drag Week, Streetcar Takeover, King of the Streets, Texas Invitational, Stockholm Open and a number of No Prep races to name a few! On our channel, you will see anything from a 2000+hp twin turbo Lamborghini Gallardos to 800+hp four cylinder Toyota MR2s! Car racing is a true adrenaline rush, and we’re here to deliver the most INSANE content on the web! Car crashes, turbocharged street cars, illegal street racing, busted by the police, Street Outlaws…you name it, we’ve got it! So sit back, strap in, and subscribe to our YouTube channel for the latest and greatest automotive content on YouTube!
————————————————————————————————————
Subscribe ►