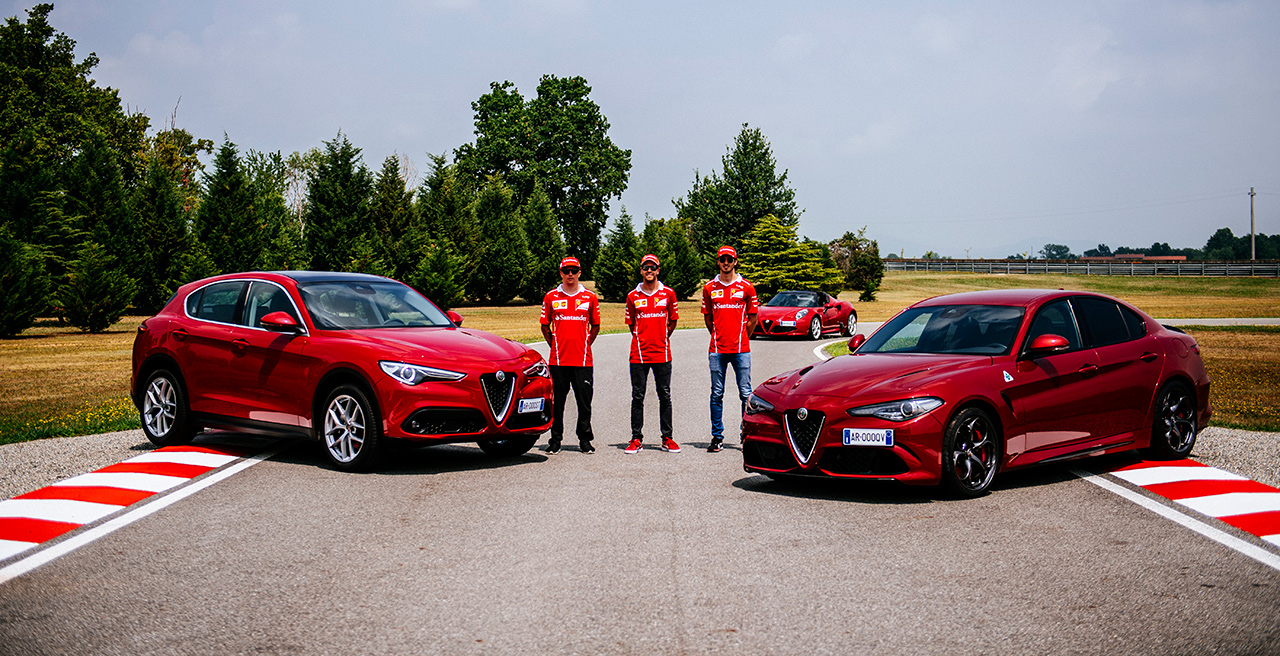 To mark the Italian Grand Prix, Alfa Romeo celebrates the Ferrari Racing Team with a thrilling video starring its three official drivers – Sebastian Vettel, Kimi Räikkönen and Antonio Giovinazzi – on board the most powerful car the Alfa Romeo brand has ever created for on-road use: the Giulia Quadrifoglio.

Conceived by the Armando Testa agency and produced by Buddy Film, the video opens with a fine aerial view of the test circuit at the Balocco (Vercelli) Testing Centre, while a suspenseful musical soundtrack sets the adrenalin-packed scenario.

The Ferrari Team’s drivers, each in a powerful red Giulia Quadrifoglio, take to the circuit in a thrilling pursuit that highlights all the power and agility of this amazing car, equipped with the all-aluminium 510 HP 2.9 BiTurbo petrol engine which secures extraordinary performance: top speed of 307 km/h, 0-100 km/h acceleration in just 3.9 seconds and peak torque of 600 Nm at 2,500 rpm.

Expression of the new Alfa Romeo paradigm and the concept “la meccanica delle emozioni,” the stunning Giulia Quadrifoglio is no stranger to the race track: last year it set the lap record for its category (7 minutes and 32 seconds) at the iconic Nürburgring circuit, known to enthusiasts as the “Green Hell”.