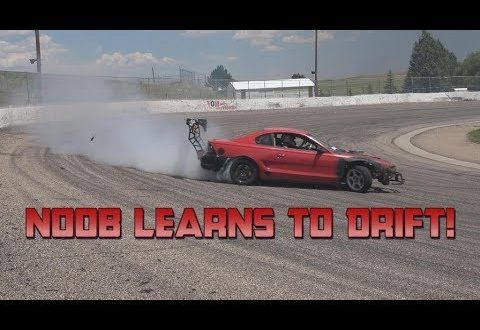 Lantow Woirhaye drifts his newly completed sn95 Mustang drift car. The car was previously owned by Yoshi Thorne, who ran a supercharged 347 combo but sold the car as a roller. Lantow stuck in a stock 5.0 and took it to the track. He did a great job for his first time driving the car. This Mustang was originally was a V6 car that was built into a drift car. The car features a Mass/Duncan angle kit.