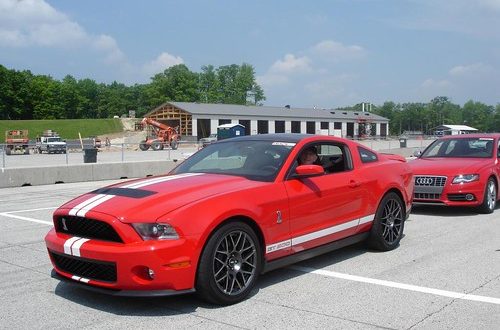 I drove the Mustang back-to-back against a 2010 Corvette Grand Sport and a 2010 Dodge Challenger Hemi SRT. On the track, the Vette was in total control and a breeze to drive. Thought not as fast or as nible as the Vette, the Mustang handled pretty well too. The Challenger felt a lot heavier and didn’t have as much power as the Vette or the Mustang. Also, the Challenger had a misfire above 5500 rpm. I thought I was hitting the rev limiter, but that wasn’t the case.