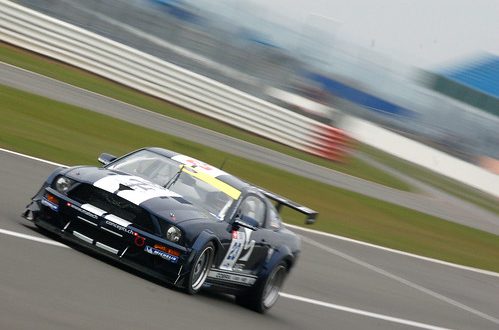 The very un-Swiss Matech Racing, of Switzerland, shoehorned all of Detroit’s mighty force under the bonnet of the Ford Mustang GT3. Unfortunately, it has the aero qualities of a football stadium and weighs twice as much- so the power goes unnoticed but for the rather intruding sound. Not good for funerals, or other church appearances.

This car is captured at about 9 centimetres a minute (and about 14 billion decibels, roughly half of the noise created by it’s Matech brethren the GT), crawling toward Maggots, where it will inevitably plough straight on and gouge a channel toward Hangar Straight. Not much good in the corners.