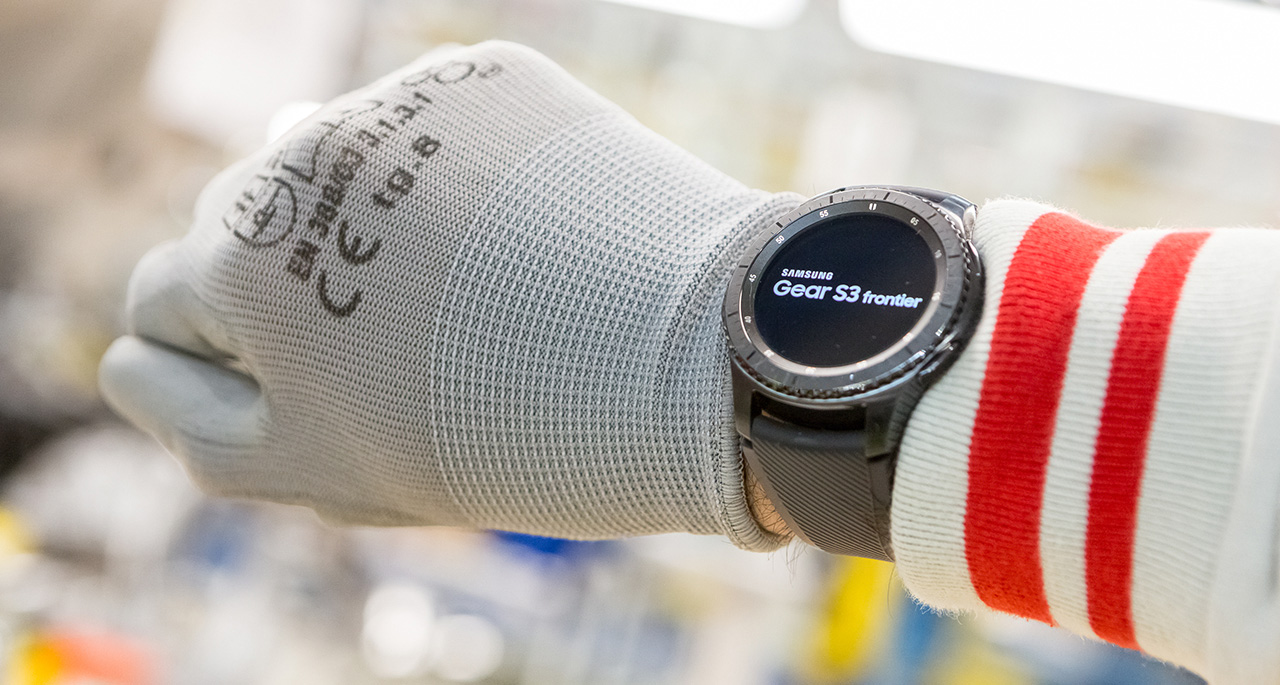 FCA opens the doors of its Cassino plant – cradle of the new generation Alfa Romeo – to reveal the achievements of its partnership with Samsung, which aims to deliver greater efficiency and better quality in FCA’s Italian plants.

Cassino, the plant that builds Alfa Romeo’s new-generation models
Constructed in 1972 near the historic Benedictine abbey, the FCA plant at Cassino (Frosinone, Italy) has so far produced more than 7.3 million cars and has now expanded to two million square metres, with buildings of 530 thousand. The plant has a production capacity of approximately 1,000 cars a day and employs around 4,300 people. Renovated for the production launch of the Alfa Romeo Giulia, the plant is a shining example of FCA’s global automotive manufacturing expertise, where people, technologies and the environment combine in harmony to build two premium cars of immense prestige: the Alfa Romeo Giulia and the Alfa Romeo Stelvio. It has adopted and aligned all the technologies and best practices of the other FCA plants worldwide, updating them to build unique products, with state-of-the-art engines, perfect weight distribution, unique engineering solutions and an outstanding weight-to-power ratio.

Alfa Romeo Giulia and Stelvio
Alfa Romeo Giulia is the sports sedan that ushered in the Brand’s new era in 2016, rewriting the style, sportiness and technology rulebooks. All the elements that made Alfa Romeo one of the most desirable brands coexist in this model: quintessentially Italian design, high-performance engines and unique engineering solutions. Today, the same ingredients, adapted for a new category of vehicle, are back in the original Alfa Romeo Stelvio, the Italian brand’s first SUV in more than a century of history, which expresses the authentic “Alfa spirit” in a sports utility vehicle. The result is a car that delights even the most demanding motorist with a thrilling driving experience while excelling in the comfort and versatility expected of this category. Alfa Romeo Stelvio transforms any journey into a unique experience.

FCA and Samsung for production site process optimisation
Ever since Fiat Chrysler Automobiles launched its transformation process, the company’s production plants have played a key role in the resurgence and success of the Group’s various brands. FCA has worked with various partners on the digitalisation of the production plants, to further upgrade assembly line efficiency and help to improve quality of work for production line staff.
The partnership between FCA and Samsung in this area had the objective of optimizing production process.
The first phase of the digitalisation process focused on the mass data available inside production sites. Displays – high-luminosity Samsung monitors along the production line and touchscreen eBoards in strategic points – were installed to show production performance at a glance. In the event of anomalies, alerts are generated with immediate response.
The second phase of the digitalisation project had several particularly interesting facets. First of all, this was not a top-down but a bottom-up process, beginning with brainstorming sessions with team leaders, in which they pinpointed needs and personally designed the solutions and devices that would help them to do the job to the highest standards. Two solutions were identified which, in combination, would meet needs and deliver greater efficiency: a smartphone and a smartwatch.
Samsung provided devices using the very latest technologies and a customisable solution, Samsung Knox, able to guarantee the total security of the data on the terminal. In fact, Samsung Knox transforms the consumer terminal into a business-friendly smartphone or tablet.
The adoption of smartwatches for use by assembly line staff, definitely one of the most innovative features of the digitalisation project, foresees a wearable device that is used inside the production plant to streamline processes, improve flows and deliver labour-saving.
The Samsung Gear S3 Frontier provided the capability for total customisation and is the only smartwatch on the market which can be used in stand-alone mode, meaning that it does not have to be connected to a smartphone to allow all its functions to be used fully. Totally integrated with the FCA MES (Manufacturing Execution System) – the IT system which controls the entire production system – the Samsung smartwatch is used as an item of working equipment on some sections of the production line.
The process is as follows. On arrival at their workstations, staff receive the list of operations to be performed on the vehicle in production from the MES. Then, on completion of the process, they send confirmation by means of the Gear S3 Frontier, the process is recorded as concluded, and the production line can move on to the next phase. If, on the other hand, an operation cannot be performed for any reason, the worker can use the smartwatch to generate an alert, sent to the team leader in charge.