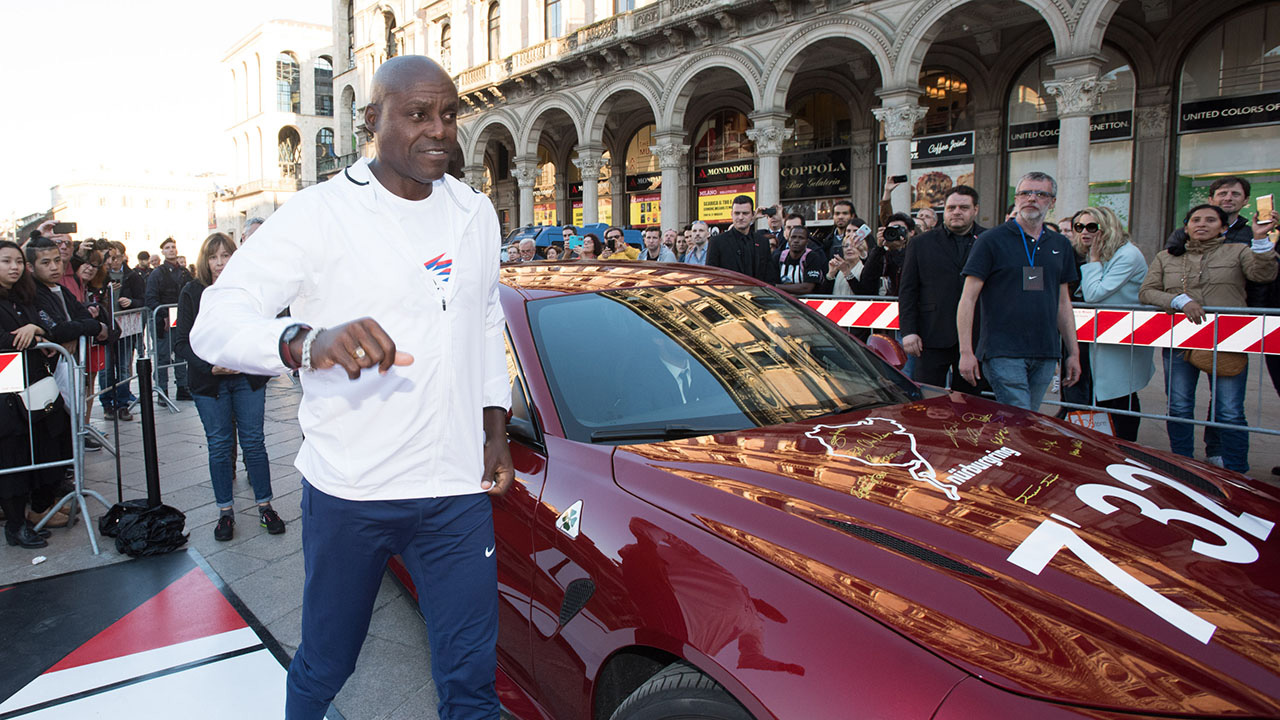 The “Breaking2 Together” event it was organized by Nike with over 330 runners who collectively attempted to break the 2-hour record for the marathon. The challenge took place in Piazza del Duomo, which was turned into a race track for the occasion, and saw great interest from the general public as well as sports celebrities cheering on. Among them were Kevin Hart, world-famous actor and founder of #runwithhart 6, and Carl Lewis, the unforgettable US athlete known as “the son of the wind”, also considered one of the greatest athletes of all times.

The speed challenge event could not go without Alfa Romeo Giulia Quadrifoglio, the most powerful car ever created for the road. This new Alfa Romeo marks the best expression of “La Meccanica delle Emozioni”, and is equipped with an all-aluminium 510 HP 2.9 BiTurbo petrol engine that guarantees extraordinary performance: top speed of 307 km/h, 0 -100 km/h acceleration in just 3.9 seconds and peak torque of 600 Nm at 2.500 r/min.

The meeting of the two speed stars, Carl Lewis and Giulia Quadrifoglio, climaxed when Piazza del Duomo unveiled the red car that had broken the race record in its class in September 2016, at the legendary Nurburgring circuit: 7 minutes and 32 seconds. This record is now boldly displayed on the car bonnet, together with the silhouette of the “Ring” and the signatures of driver Fabio Francia and the staff who is behind the great Alfa Romeo. This special Giulia Quadrifoglio will soon add to the fantastic collection of the Alfa Romeo Museum “La macchina del tempo”.
Still racing the wind: the Alfa Romeo challenge carries on.